According to Varley and Rafiq (2004), Retailing refers to the types of business in which the company directly contacts customers to sell goods and services. The retail industry is significantly contributing to the economy of the UK. This assignment describes the retail business structure, the process and methods of the retail distribution channel, and the importance of customer service of the retailer. Besides, the author has evaluated the competitor factors in the last part.

1. Know the structure of the retail industry

1.1 Structure and organisation of the retail sector

According to Berman and Evans (2007), there are numerous retailing businesses globally and retailing has a diverse structure. The retailer sells goods and offers customer services to consumers to gain profit. There has a different type of retailing business in the world which the author has described in the following:

This is the standard type of retailing business with physical evidence of stores and sells goods directly to consumers. For example, Tesco is the leading retailer in the UK with more than 3,000 physical stores (Tesco plc, 2016).

With the availability of technological devices at customer’s hands, many retailing stores offer e-Retailing, allowing consumers to make a transaction online. For example, Rapha is providing online retailing service in the UK (Rapha, 2016).

This retailing is a kind of business where a company integrates both offline (bricks) and online (clicks) presences in the market. For example, Tesco has both online and offline presence (BBC News, 2016).

1.1.1 Distribution systems in delivering goods and services for Tesco

According to Kent and Omar (2003), the retailer uses an additional channel to distribute goods and services to the customer. In this section, the writer has identified the following channel by which the manufacturer broadcasts goods to the retailer.

The second channel has only one intermediary between the producer and consumers. For example, the producer sends their product to Amazon, and Amazon sells the product to the consumers. The customer can buy products in the correct quantity they need.

1.2.1 The function of formats and locations in retailing

There are different formats of retailing, which the writer has described in the following:

This is a type of retail store that is individually owned and operated. The size of the store is not significant. It is a family-run business catering to the local community. As the store size is small, the area of function is limited to a specific company.

According to Brittain and Cox (2004), this retail store offers high-quality products and services to the final consumers. While department stores are categorised as standard merchandisers, some stores carry selective product lines. For example, Nordstrom centres its attention on goods on clothing in addition to personal care products.

An appropriate location has a significant impact on generating sales of retailing. For example, a retail store’s sales in a crowded area have more extensive sales than a rural area.  The retail business is built upon the town area as many shopping malls, and supermarkets are placed in town. The sales of retail trade in town areas generate more sales, therefore, much profit. Conversely, the rural area also has retail stores from where people buy their necessary daily goods. But, there is less variety in the rustic shop, and people don’t get their preferred interests.

2. Role of retailing in the distribution of goods and services

2.1 How focusing on the customer by providing good customer service is essential to retailing 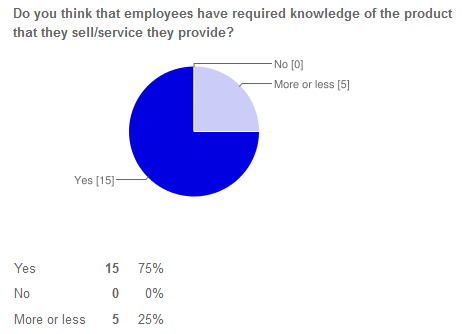 The respondents believe that employees know the products they offer. 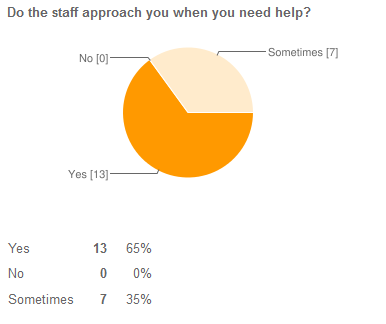 The majority of the people think that staff helped customers when they needed it. 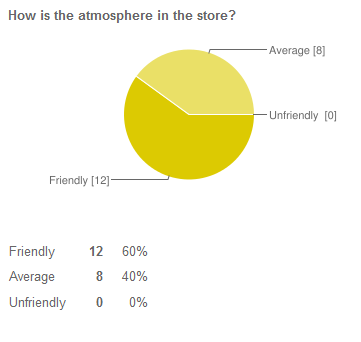 Most of the respondents find the environment of the Tesco showroom is friendly. 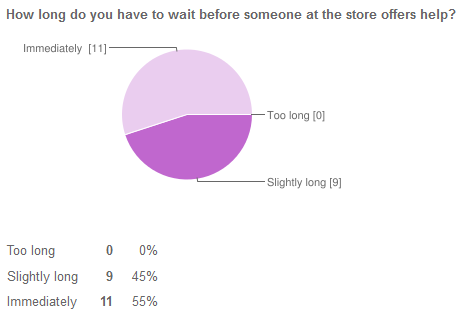 It is evident that ordinary people don’t have to wait for help, but others need to wait slightly to get help. 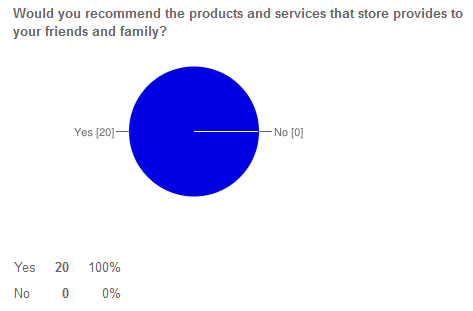 The customers are delighted with the service of Tesco. For this reason, they want to recommend their friends and family to buy from Tesco stores.

From the research, the author has found out that providing good customer service is essential to retail.

2.1.1 Impact of different sales techniques and customer service in Tesco

Tesco has taken different sales techniques to increase the sales of the organisation. First, Tesco has researched the market and understood the needs and wants of the customer. Then, it offered the customer those products they require to satisfy their demand. The satisfied customer purchases again from the store, and it is a lifelong process. Besides, Tesco uses sales promotional tools like a discount, coupon, etc., to increase immediate sales of less favourable products (Tesco plc, 2016). Therefore, these sales techniques assist the company in increasing sales and profits.

At the same time, Tesco ensures good customer service to the consumers. The company has a great environment to shop. The company provides a warranty for retail products. The employees are knowledgeable, and their behaviour is also good.

3. Understand the sales and service functions in retailing

In this section, the writer has researched Debenhams that sells clothing items to the international market. As Debenhams is in the retailing business, it has to compete against giant competitors. However, Debenhams sells various products and services of prominent designer’s brands that assist consumers in associating designers as they are all in one store. In the Oracle, the major competitors of Debenhams are John Lewis, House of Fraser, and BHS, etc.  However, customers are also buying New Look, and H&M products as their products are more affordable and trendy (Debenhams, 2016).

The place of the store is an essential factor as consumers might be in a hurry and want easy access to enter the store. Debenhams have established their stores in a convenient position with easy access to the store. The business has generated many display ads in front of the store, attracting the customers’ attention very quickly. The leading competitor’s House of Fraser sells only a single brand, but Debenhams sells different designer brands. Therefore, the customers having only one favourite brand won’t go to the Debenhams store.

Due to recession or ripple effects, people spend less money on purchasing products. So, in that time people look for a cheaper product from competitors. But, the designer brand of Debenhams influences the customers buying products and services.

4. How the retail sector responds to internal and external change

4.1 Methods of distributing products and services

A retailer can use different methods to distribute goods and services. In previous, we have seen the process of distribution, and in this section, the author will describe the distribution methods.

The physical distribution of the product is the most common way to sell a product. People prefer buying through seeing, touching and comparing products from the store.  But, at present, people are purchasing from e-commerce websites to save time in where they order, receive payments and send confirmation via e-commerce systems. In the competitive business world, retailers move from door to door to sell highly profitable products like cars, air condition, etc. Therefore, the retailer is conducting business in a changing business environment (Retail-week.com, 2016).

4.2 How sales techniques and customer service have developed

In this assignment, the writer has discussed the structure of the retail industry, the significance of sales and service roles, the process of distribution, as well as how the retail industry is responding to change. Retailing is the last part of supply chain management. Therefore, this unit focuses on the significant role of retailing business on the different business organisations.